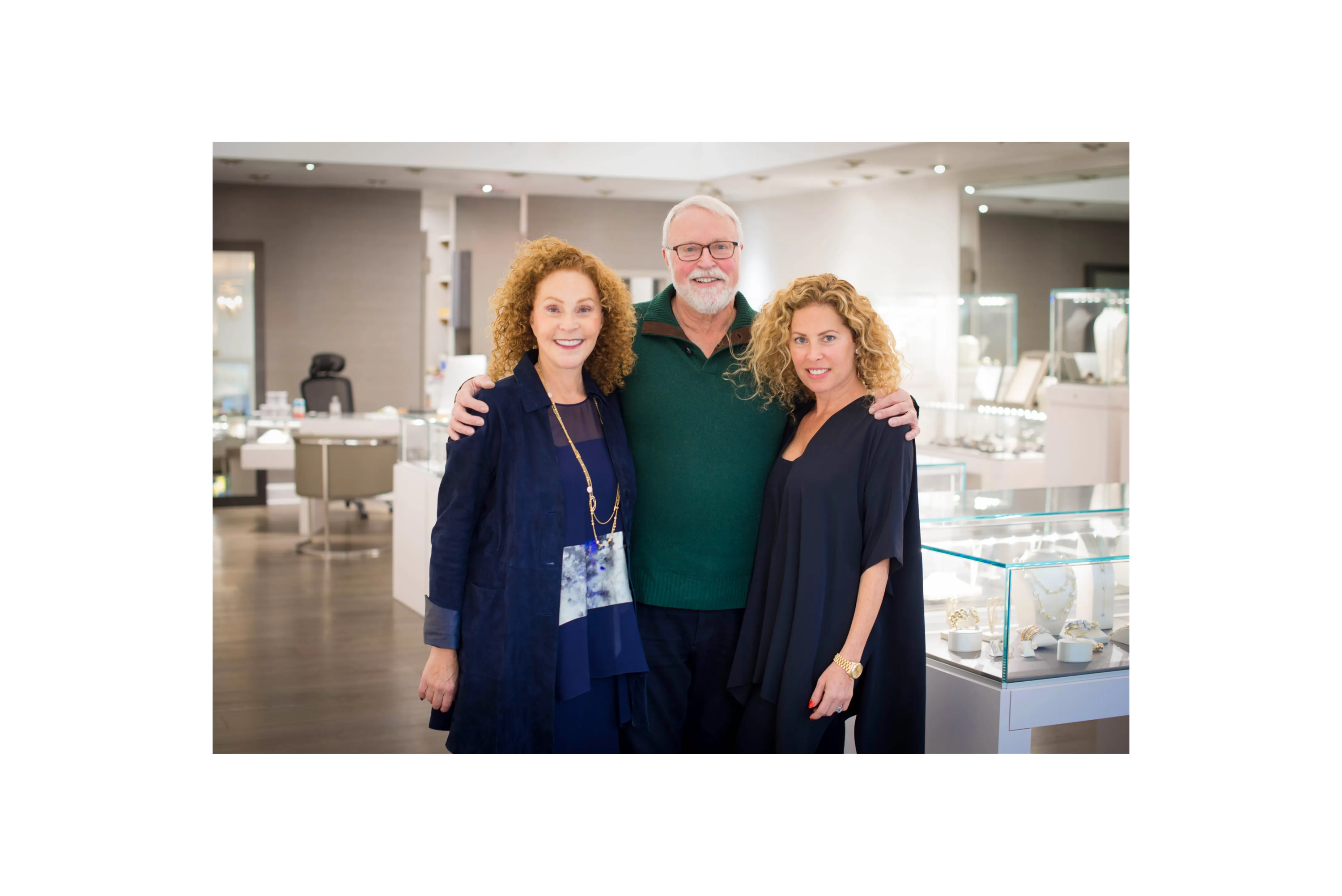 Over 40 years ago… A tiny store called Pam Lerner Jewelry stood on the corner of Beacon and Centre Street in Newton Center, above what was once Brigham’s Ice Cream. As a 25 year old girl from New York, Pam began her career in the jewelry business selling gold chains and her own jewelry to women who were sitting next to her in the beauty parlor. Her keen sense of style led others to demand the pieces she wore and she was happy to sell them right then and there.

After several years on her own, a very pregnant Pam enlisted her brother George’s help and quickly the small shop assumed a much larger life and was renamed Pageo.

Together in business for over 40 years, the brother and sister duo now have four Pageo boutiques. The original shop in Newton Center has moved twice, yet still stands just around the corner from where first opened. Twenty years ago, the pair opened their second store in Nantucket. It sits tucked between historic buildings on Main street, island’s busiest street. The shop is a favorite of locals, guests of the islands, and is repeatedly visited by artists, actors, and musicians. Ten years ago marked the opening of a third location on Boston’s world famous Newbury Street, and it was then that Pam’s daughter Caroline joined the growing family business. In early 2019, Pageo began a collaboration with Misani, a jewelry company from Milan Italy, and opened a pop-up location in Palm Beach, Florida called Pageo X Misani.

Pageo has always set its standards high and continuously searches the globe for pieces never seen before in the United States. Unlike other jewelry stores which highlight individual designers, Pageo displays multiple artists within each showcase to create a new, yet cohesive, story. With one-0f-a-kind artistry ranging from traditional to modern, Pageo offers a wide selection of glittering treasures that enables their clients to put unexpected pieces together in a way that shows off their personal style and creativity. Pageo has won numerous awards, both nationally and internationally, including Best of Boston (Boston Magazine) and Top 50 Jewelry Retailers (JTA) on numerous occasions.

Whether you’re looking for assistance from our expert staff or coming in to transform a sparkling vision into a reality, Pageo has maintained their reputation as a leading jewelry boutique by being satisfied only when its clients are. A beloved family business, Pageo continues to provides all of their customers with loyal service and always enjoy seeing the familiar faces of those who visited them when they were just a tiny store above the ice cream shop.