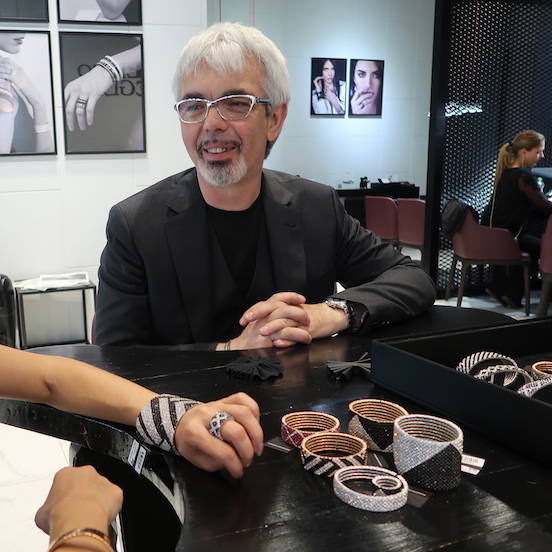 Founder, Giuseppe Demeglio, opened his first jeweler’s store/workshop at via Borgodora in 1922 after starting his career as a watchmaker. The Demeglio family welcomed their second child, Roberto in 1966. From an early age Roberto knew when he grew up that he wanted to be a restorer or a gold smith. In 1992 Roberto opened his first showroom with his older brother Giuseppe. At the end of 2005 Roberto launched his first high-tech ceramic and diamond collection called Domino. This collection become his iconic masterpiece all around the world. Roberto starts making a name for himself by winning some international and prestigious design awards.

Roberto Demeglio says, "I wanted to dress up my collection with the colors of gold."